A biography by Lissa Paul

Almost two hundred years ago, Eliza Fenwick (1766-1840), British author, teacher, and single working grandmother was a very modern feminist living here in Upper Canada making it on her own. From the Wollstonecraft/Godwin circle of London in the 1790s Fenwick moved, via Barbados and New York, to the Baldwin/Colborne circle of Toronto in the 1830s. Fenwick was the “new genus” of self-supporting woman Wollstonecraft had envisioned: an immigration success story, a Canadian Heroine braver than Laura Secord and a better writer for Susanna Moodie.

Lissa Paul is a literary scholar specializing in children’s literature, particularly in children’s poetry, as well as in cultural studies and more recently, in eighteenth century and Caribbean literary studies. She has authored or edited seven books, has chapters in another nineteen and publishes widely in  international journals. She also edited the Lion and the Unicorn for  many years. Her research is generously funded by SSHRC  and her new book, Eliza Fenwick: Early Modern Feminist will be published by the University of Delaware Press in 2019.

The symposium will explore the Treaty of Niagara and other treaties that define Indigenous-Settler relationships at Massey College and across Turtle Island (North America). The event... 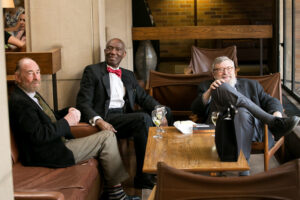