Menu
SUPPORT US
Home Events Goethe Institut at Massey: An interview with Ralph Bollmann on Angela Merkel’s time in power in Germany

Goethe Institut at Massey: An interview with Ralph Bollmann on Angela Merkel’s time in power in Germany

Electoral politics are on the minds of Canadians and Germans alike this month. Senior Fellow Dr. Jennifer Jenkins will interview author Ralph Bollmann to discuss his recently published book – an authoritative account of Angela Merkel’s time in power in Germany.

Massey is co-hosting the event with the Goethe Institut. Join in person (refreshments to be provided) or virtually. 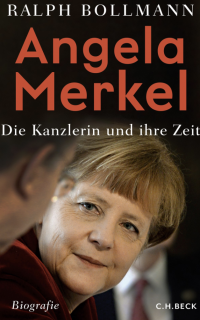 In 2005, Angela Merkel became the first woman and former citizen of the GDR to occupy the chancellor’s office. The “Kohl’s girl,” the minister and secretary general of the CDU, became the most popular German politician and one of the most powerful women in the world. In his essential biography, Ralph Bollmann traces Merkel’s life and tells the story of her chancellorship with critical sympathy, which was to place enormous demands on her, from the financial crisis to the refugee crisis to the Covid 19 pandemic. His brilliantly written book shows us an extraordinary woman at the center of power, whose policies decisively shaped an entire age.

During Angela Merkel’s reign, certainties began to dissolve. The familiar world order of the postwar period disappeared, and a new uncertainty took its place, most recently in the Corona Crisis even reaching into people’s everyday lives. Thanks to her experience of the systemic breakdown of 1989/90, the East German politician was better prepared for this than many of her colleagues. She became so popular not least because she consistently kept all impositions away from Germans who were reluctant to change. But this harmony ended with the refugee debate. Merkel could no longer and would no longer shield Germany from the course of the world and polarized herself in the conflict between national defensiveness and cosmopolitanism. Ralph Bollmann’s biography is not only a captivating read, but also an impressive history of Germany and Europe since the fall of the Berlin Wall.

If this event has sold out, please click the button below to complete a waitlist request.